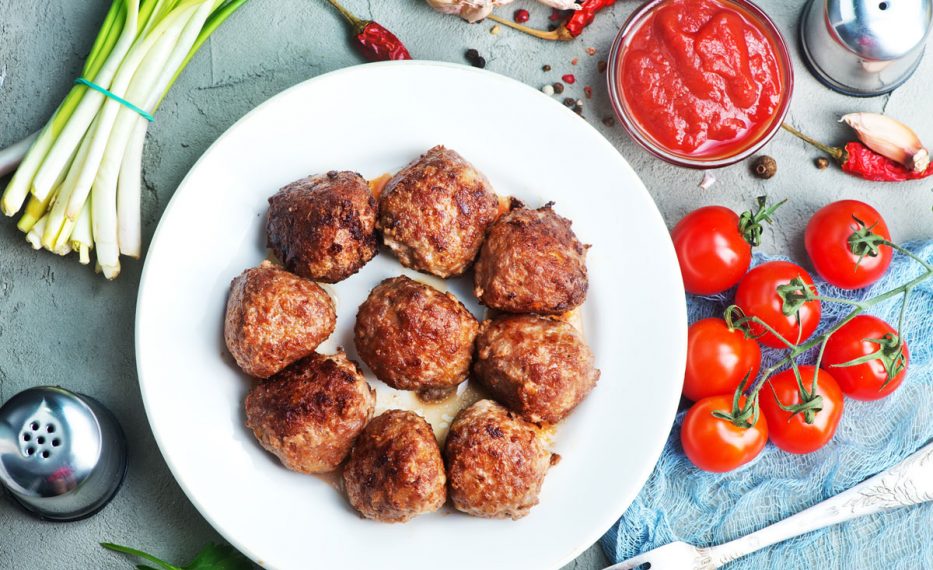 Following on from my previous post on iron deficiency, these recipes give you some ideas of how to provide iron-rich meals for your child – there is one meat option and one veggie option.

This post is all about having fun and getting messy in the kitchen cooking with your toddler! Getting your child involved in cooking and preparing food will help them to learn about food and healthy eating. Research shows that toddlers who help with cooking are more likely to make healthier food choices later on in life.

Get your toddler involved by:

Remember… children learn by copying adults, so always try to eat the healthy foods yourself that you are asking your child to eat!

Being a South African, I am going back to my roots with the first recipe. It is one of my Mum’s (mom’s) best recipes…and one of my favourites when I was growing up. We called them “Frikkadels” which is the Afrikaans word for meatballs.

About ½ cup of oats

Fresh parsley or some dried mixed herbs, if you don’t have fresh

First thing to do is pour the milk over the bread and allow the bread to soak up the milk for a few minutes. Chop up the onion into fine pieces and add to the mince along with the eggs, squeezy soup pouch and fresh parsley or dried mixed herbs. Now it’s time to get messy….squeeze the milk out of the bread and add the “wet” bread to the mince mixture. Now your child can get their hands stuck in and mix everything together. The mixture is quite sticky, so now add the oats (add a little at a time until the mixture is not too sticky but not dry either). Now you can shape the mixture into meatballs. Roll in a little flour and flatten the meatballs slightly so you can fry them in a little olive oil until cooked through. Allow them to cool slightly and enjoy! Serve with some raw peppers, cucumber and carrots with some pasta, toast or a few baby potatoes.

First thing to do is peel the potatoes, chop into cubes and add boiling water. Boil until they are soft and ready for mashing.

Next put the lentils on to boil – add approximately 2 teaspoons of the vegetable stock powder to the water. Cook without a lid for 10-15 minutes until the lentils are soft.

Next chop up the onion, leek and pepper and add to a frying pan with the olive oil and garlic puree. Sautee for a few minutes, then add the grated carrot and fry for a further minute or so.

Open the tin of chopped tomatoes and add to the lentils (keep the stock water in the pan). Add the onion, leek, pepper and garlic mixture to the pan and cook without a lid for about 10-15 minutes until the sauce has reduced slightly. Add the lentil mixture to an oven-proof dish.

Mash the potatoes with a little milk and margarine and spread over the lentil mixture. Sprinkle with the grated cheese and grill until cheese has melted and gone a little golden. Yum yum…

This recipe contains 1-1.5mg iron per portion, depending on portion size. Don’t forget to add vitamin C -rich veggies to improve the absorption of non-haem iron!

You can use 2 sweet potatoes and 2 ordinary potatoes as an alternative mash, providing a good source of vitamin A. This recipe is also high in vitamin C from the tomatoes, peppers and potatoes, to aid in the absorption of ‘non-haem’ or ‘non-meat’ iron from the lentils.